Objective: We hypothesized that preeclamptic women with intrauterine growth restriction (IUGR) would have lower concentrations of leptin compared to women with normal fetal growth.

Methods: A crosssectional study was performed in 20 cases of IUGR and 20 normal fetuses born to women diagnosed with preeclampsia. Blood samples were collected from mothers at term gestation and with fetal birth weight less than 2500 grams would categorized as IUGR. The subjects were recruited by consecutive sampling conducted in Hasan Sadikin Hospital and several network hospitals during the period of September-November 2012.

Results: A significant difference (p =0.015) in maternal serum leptin levels was found between IUGR (22.1 ng/ml) and normal fetuses (36.5ng/ml). Serum levels of leptin in preeclamptic women with IUGR were lower than normal fetuses. Spearman correlation test between maternal serum leptin levels and birth weight in IUGR did not demonstrate a significant correlation, with r = −0.321 (p = 0.168). Conclusion: The maternal leptin concentrations in IUGR are lower than the normal fetus in preeclampsia cases, but there was not enough evidence to support that leptin is associated with birth weight in IUGR. 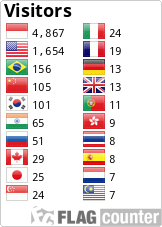